Close Encounters of the Dumb Kind

I didn’t get to mention what happened on the way back from Florida right as we’re about to enter North Carolina. I finally got see some friggen’ UFOs.

Now, before you start getting excited/indignant and start inundating me with emails of both the negative and nut job variety, allow me to explain. We saw three things (Objects) in the night sky (Flying) and we had no idea what they were (Unidentified). Hence: Unidentified Flying Object. I didn’t say they were alien space craft. I’m just saying they weren’t anything I’ve ever seen before.

Here’s the story. I’m on I-77 going North and I’m making some off the cuff jokes about just about everything. It’s late, I’ve been driving for hours and this is my way of not getting to the point where I start dozing on the road. I see three lights off in the distance and I joke to my wife that those stars seem kind of funny, and my wife jokes back that this is because “they’re not stars, dear.” Lame joke having served it’s purpose, we move on.

Thing is, those lights where still there twenty to thirty minutes later. As we approach, I notice lots of planes or choppers (things with actual lights blinking on them) flying around them, seemingly trying to get in for closer looks. The three soft blue lights moved and glided smoothly from place to place, and for some instances seemed to disappear only to reappear again right around the same spot. All in all, I thought it was pretty cool, and my wife enjoyed the site, too.

Of course, all the trappings of a classic UFO sighting where there: The digital camera was full, and my wife couldn’t seem to figure out what to delete to make room. I finally grabbed the camera from her hand and deleted a random video I had taken during the trip, but by that time, the view was shoddy. The camera is kind of crummy anyway, so the footage we did get is of black sky with me going “Did you get it? Did you get it?” How convenient. There were no reports that I could find searching Google News, but you know how people are about “strange light sightings”. Even when it’s something, it’s nothing.

Suffice it to say, I had a good time and I made another off the cuff joke about checking the clocks for lost time. Funnily enough, all the clocks at the house were off by an hour when we got home, so apparently, aliens just like to jerk you around.

Personally, I would have been thrilled to find out they were “unexplained” lights, as I have see no logical reason to conclude that there aren’t other forms of life of out there, and that they couldn’t possibly be more advanced then us. I’m a Christian, but I don’t recall any anti-alien clauses in the Scriptures, or for that matter, in any religious beliefs that I’ve studied. The discovery of life out there would only reinforce my beliefs, rather then “shake them to the core” as the media and a few zealots would have you believe. Se la vi, I suppose. The lights I saw might have just been air balloons, choppers, military test craft or Tinkerbell and her forest friends. I for one, am just happy I still have the imagination at my age to wonder “what if…” 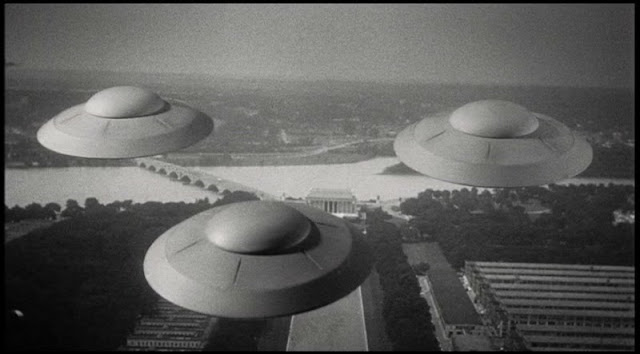