Windows Would Like You to Update the Update Updater 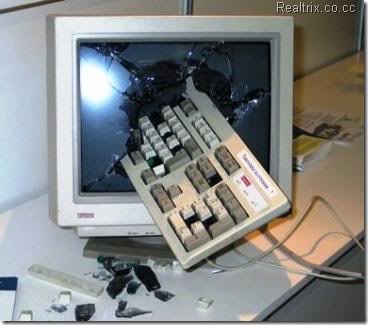 1. Computer won’t restart for days. Windows is caught in a continuous BAD_POOL_CALLER loop. Didn’t come with or don’t have a Windows disc.
2. Windows won’t start in Safe Mode. Won’t start after using Last Good Configuration. Recovery Console crashes each time I launch it.
3. Online search says I need to disable shadowing and caching in the BIOS. Those options don’t exist or weren’t enabled to begin with in my BIOS.
4. Run Ubuntu from a disc so I can at least back up my files to an external drive before trying something drastic and to free up space. My graphics card can’t render Ubuntu. After three tries I see nothing but the desktop background and the mouse cursor. If even that.
5. So I try a Linux build called DSL (Damn Small Linux) thinking that this smaller build will be easier to run with my apparently limited resources. Mouse right clicks just from moving it. Can’t find the file browser it says in its documentation it has to move files around. And about thirty other problems that, after an hour of messing with, I realize why they call it what they do. I go back to Ubuntu.
6. Finally I get Ubuntu to render the desktop. Now I can’t find the dedicated USB cable for my external drive. I end up using my old iRiver MP3 cable. ‘Cause it fits.
7. Graphics card still can’t handle Ubuntu and repeatedly the screen goes loopy. Can’t adjust display settings or the screen goes black. Transfers of more than a few thousand files have to be monitored, cause if Ubuntu goes to sleep, the system crashes. Transfer speed slowly dwindles from 13 MB/sec to 200 KB/sec. Only goes back up to mess with me and go back down again. I end up having to transfer no more than a few folders at a time. In spite of that, I repeatedly have to restart the computer.
8. After half a day of transferring and making sufficient room on the drive, I try installing Ubuntu so I can have SOME kind of operating system to work with. That’s when I find out I first have to adjust the amount of space on the partition while I’m INSIDE Windows, which won’t start. So never mind.
9. After quadruple checking that I’ve transferred everything important (’cause that’s, at least, the ONE thing I CAN control), and almost forgetting Mahogany’s “Win” video and its respective Movie Maker files, I grab the Recovery Discs Miranda made back when first got the thing in ’06/’07. I can’t remember. Since I didn’t make them, I have no idea what they’ll do. I pick the option to recover Windows. It crashes. I pick the option to reformat the drive.
9. For some reason it doesn’t accept the second disc during the recovery process. I make it accept it. Don’t ask how.
10. About 2 hours later, I get Windows XP (SP2) to finally load fresh. I install my Belkin Wireless Adapter so I can connect to the internet and upgrade XP to SP3. Guess what? It requires features in SP3 to function properly. I install it anyway. I can connect to the internet, I just have to deal with constant warning dialogs.
11. Windows won’t update.
12. I download SP3 on another computer so I can do it myself. Computer gets caught in a continuous loop. Won’t restart.
13. Fortunately I CAN get Safe Mode to work this time, so I can uninstall SP3. I trying installing SP3 three times, before looking for an alternative. It’s at this point I find out that Windows Update no longer works with SP2. So you have no choice but to go get the manual download. Which isn’t working for me. Turns out there’s three computers models in the whole wide world, one of them mine, that whilst running an Athlon processor, requires a special patch to be installed before installing SP3. Or it will get caught in (guess what?) a continuous loop.
14. I can finally get Windows Update to load. It now asks me to update the software for Windows Update. (!?) I update it.
15.  I can finally get Windows Update to load. It now asks me to update the software for Windows Update.  No, I did not repeat myself. It actually required TWO SEPARATE updates to run Windows Update. (And it’s still asking me if I want to update to their newest update updater.)
16. I have 129 critical updates to download and install. I do that. Upon restart, I go get the optional updates I feel I need. Upon restart, Windows tells me I have two more updates to install. Upon restart, I now have 24 more to install.  I think you get the picture.
17. That completes Step 1.
Step 2: Jump out of Window.
Yeah, I know I’m on the first floor. But it’s kind of a hill, and it is really cold outside, so there’s an outside chance my misery would end…