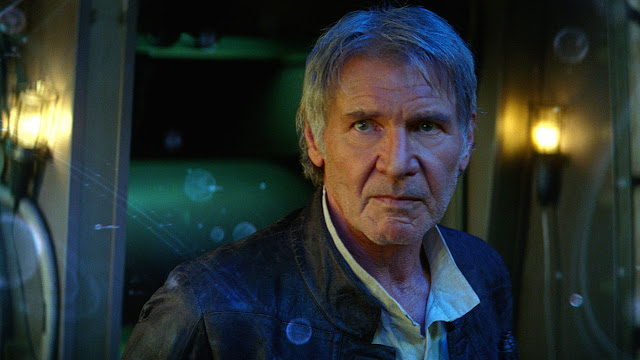 15. Let’s be clear: Han’s son joins the First Order, and Luke’s attempts to train new Jedis goes horribly wrong, and both men respond to these setbacks by, well, abandoning the Resistance to be utterly slaughtered by the First Order. Luke chills on an island, and Han on a smuggler’s freighter, while untold thousands or millions of innocents are killed by the Order. Can we even comprehend how pissed Leia would be at both of them, and how cowardly Leia (at least the Leia we see in the first three films) would consider them both? And yet she seems only mildly peeved at Luke, and, despite Han implying otherwise, is almost entirely happy to see him when he turns up at the Resistance stronghold.

Wait, what? Both Luke and Han separated from the resistance years ago. How would this, in any way, prevented the Starkiller Base from being constructed? That makes no sense. Do you really think General Leia is the least bit concerned with Han and Luke’s personal decisions, outside of how they affect her personally? Do you think she’s going to let those feelings be an influence on her role as leader of the Resistance? This is not 19-year-old Princess Leia. This is a battle hardened, experienced military leader. She has bigger calamari to fry.

18. How pissy is it of Luke to (a) abandon the Resistance, and then (b) leave an obnoxiously coy trail of bread-crumbs to sort of (but not really) help people find him (at some unspecified time)? Why did he leave multiple maps out there in the ether, anyway, given that him having done so allows the First Order to find one of them?

Luke left to find the first Jedi Temple. He clearly thinks there are answers there that he can’t come up with himself. Nobody ever said Luke was leaving the maps or that he was avoiding trying to be found. He simply left anguished and without telling anybody. These maps were put together by people looking for him. He had a good reason for leaving. They have a good reason for finding him. This is not a plot hole, this is a plot device. The story means nothing if Luke is there and can magically fix everything that you seem to think he can fix.