RE: The Fragile Masculinity of the MCU (or Why Captain America Shouldn’t Be Afraid to Cry) 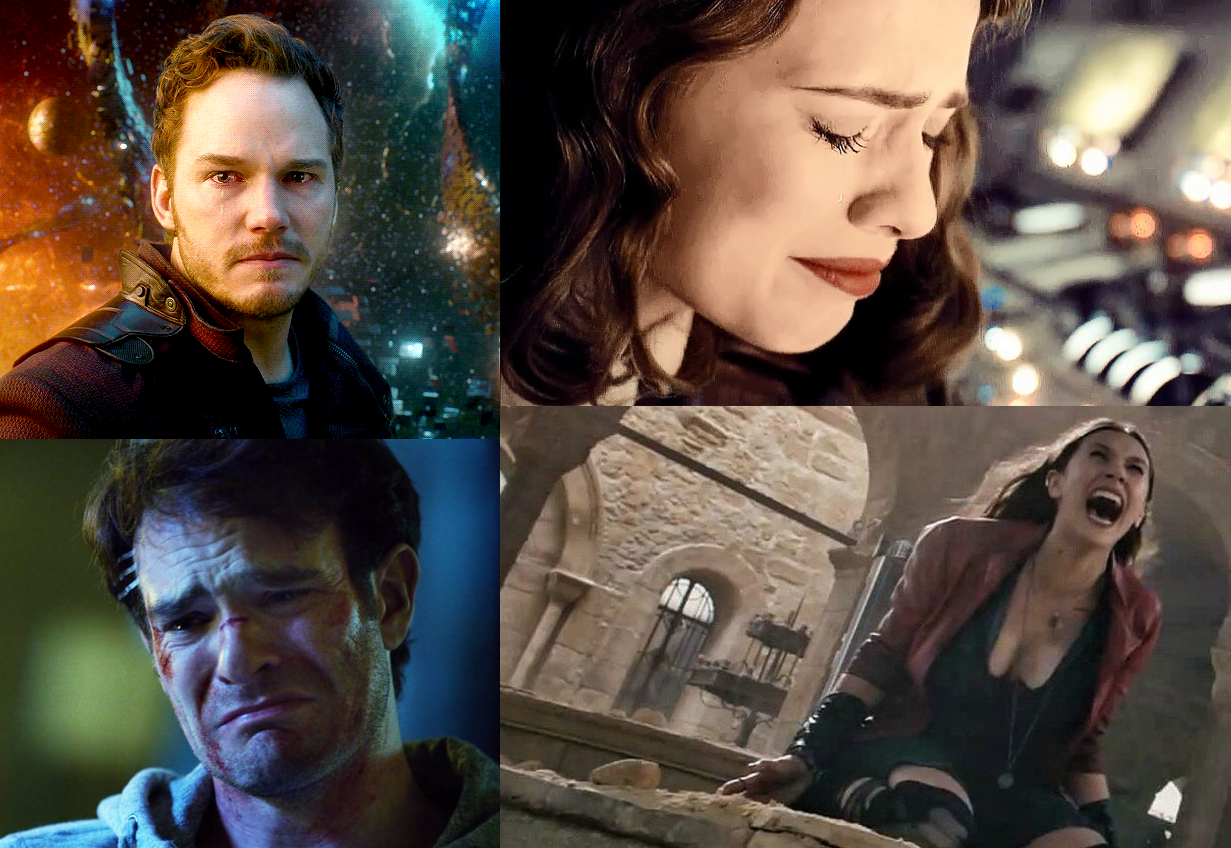 A few issues I have here, and they have nothing to do with the gist of the article:

“How come it’s taken approximately 10 years for the MCU to introduce a female superhero film when DC, regardless of what you say about their film franchise, has introduced Wonder Woman from the beginning of the DCEU?”

This is an unfair, and unthoughtful, criticism of the MCU. DC started their Expanded Universe years after Marvel invented and made the idea viable. They’re benefiting from the groundwork Marvel laid. Moreover, considering DC has been making superhero movies for decades, exactly how long did it take them to get around to a Wonder Woman film? Oh, right. Ten years after Marvel made the superhero boom a thing. (And let’s not pretend that Captain Marvel was planned AFTER Wonder Woman became a success.)

“Does Captain Marvel need a man’s presence? While Nick Fury has had roles in other MCU films, he’s always been a supporting player, not a co-lead, as is being reported”

Where did Marvel say he would be co-lead? They said he would be co-starring. Because, you know, lots of people co-star in a movie. Wh…why would you think Brie would be in the film by herself? In an extended universe?

At worst, the love interest serves as a blank canvas for the male superhero to throw his emotional baggage onto. This was at its most egregious in Doctor Strange, when awful Stephen Strange releases an ugly spout of vitriol at his sometimes-girlfriend Christine Palmer.

Okay, I’ll grant you that maybe you only saw the movie once, but Strange has no love interest in this movie. They are former lovers, now friends. And Steven being a douche to her was entirely the point. He turned on the handful of people who cared about him (seemingly only one person) before having to be humbled. Turning to her for help when he and the Ancient One were injured and deferring to others’ medical expertise was an example of getting over your fragile male ego.

“While Strange’s treatment of Christine was anger-inducing, the script’s treatment of Sharon Carter, Peggy’s niece, in Captain America: Civil War, was perhaps the most disgusting. In this film, Peggy finally succumbed to her battle with Alzheimer’s. After Peggy’s funeral, Cap and Sharon immediately launch themselves into a relationship, a relationship that had been annoyingly hinted at since Captain America: The Winter Soldier.”

For Pete’s sake, there’s nothing wrong with this. Peggy and Steve never even went on a date. And even if they had, it had been SEVENTY YEARS since they had been together. This is as inconsequential as when someone dates two siblings at two different times. (Interestingly, I never hear anyone make comments about the foster siblings dating each other in The Flash. Also nothing wrong with that, as they are not related. But it’s certainly a far closer familial bond that anything Sharon has with Cap.)

“And would Marvel’s film team have really given us a Black Panther movie if there wasn’t an outcry about the lack of a black superhero film?”

Or…because they had this planned from nearly the beginning of the MCU? Not enough credit is given Marvel for the fact that they opened up the door for more diverse race and social groups to headline their own film. People may have been demanding a black lead superhero film, but Marvel put Black Panther into production long before anyone thought that was a thing that could actually happen from a major studio. (And they’re not exactly half-assing it. They went with a full African cast of characters.)

“Imagine if we saw a superhero that was allowed to cry and was still seen as a strong, American hero.”

You mean like Star Lord every time a serious memory about his mother comes up? Or Daredevil through, like, half of season 1?

On some level, it would seem that women-centric superhero shows aren’t allowed to flourish because of a fear that the “demographic” — men and boys — aren’t watching. 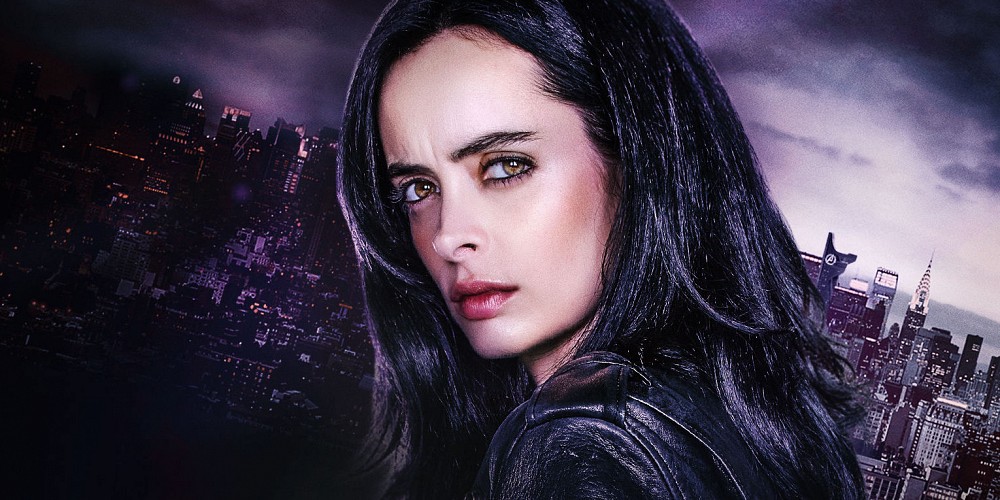 “We saw poor Peter Parker have a nervous breakdown when he was trapped under the rubble in Spider-Man: Homecoming, and that was important for us to see in terms of his development as a young man and as a superhero. However, another reason he was allowed to show these emotions is because he’s a boy, not a jacked-up man. He’s still seen as moldable clay, and he’s still being molded into a man that doesn’t cry.”

Or, maybe, it suited the story. As mentioned, people cry when it’s appropriate to the story, not just for the sake of it. Star Lord cried when the Infinity Stone showed him the last memory of his mother. Daredevil cried when the strain of his secret identity on his friendship with Foggy started coming to a head. Wanda cried when her twin brother was murdered right in front of her eyes. Peggy cried while talking to the main she loved as he was about to die.

Cap is a man plucked from the 1940’s, an era where men never showed their emotion. While this writer seems fixated on Cap, specifically, crying, he’s the one character most likely not to, except in the most dire of situations. It’s consistent with his character and would seem forced should he do it for any lesser reason.

The thing is, your larger point is valid. Diversity in mainstream superhero films and television series still has a ways to go. And while “the tranquilizing drug of gradualism” is very much a real thing, you’re criticizing the one studio who is the most active in making diversity happen. The one setting the example that other studios are trying to follow. No one needs to cry if it doesn’t suit the film. And I would grant your criticism of men not crying enough, if the women in the films balled at every turn. But neither genders show that kind of emotion unless the story suits it. Unless the emotion of the scene calls for it. But your supposition is that men need to cry more often in these films, otherwise young boys will be taught to beat or murder transgender people, which is, quite frankly, balderdash.*

Does Marvel tend to fall back on the pining girlfriend as emotional foil trope? In the beginning, yes. They’ve broken that mold quite a few films back, though. And future films already in production will further push that envelope. Diversity is happening in the MCU. Present tense. You should absolutely be able to ask Marvel to push that envelope even further. But pretending like they have a real issue with injecting diversity into their main lineup is to ignore their history. And making a valid point without getting your facts straight undermines your goal.

I’ve covered diversity in the MCU before in a video I did about what the MCU is planning for the future of their comics. You can look at it here, but basically, I think people trying to attack Marvel for any perceived lack of diversity are barking at the choir (that’s a phrase, right?)

*As an aside, outside of a handful of nimrods who can only get attention when they attack women for…daring to post selfies while also daring to work for Marvel Comics, the majority of geeks are about as likely to commit an act of violence against a gay or trans person as Sony is to making a good Fantastic Four movie. Just sayin’,